Words and Weirdness: The Ecology of the Mouseferatu

On March 22, 1974, Ari Marmell was hatched out of an egg laid by a rooster on the night of the full moon. Due a mix-up, he wound up in the infant ward at a hospital in New York, where he was claimed as a (relatively) normal human and taken home. He and his family fled New York barely a year later, either because his father received a job offer in Houston, or because they were chased by angry mobs with pitchforks; reports are unclear.

For the next 27 years, Ari lived in Houston. His father told him bedtime stories when he was in preschool and kindergarten, stories without which he might never have become a writer. He received his first roleplaying game—the red Dungeons & Dragons boxed set—at age 9, and the AD&D Players Handbook followed less than a year later. He spent very little time on class work or studies for the next, oh, 13 years, instead spending his efforts on far more important things like fighting orcs, riding dragons, and rescuing extremely beautiful princesses from captors who always felt the need to dress them in the scantiest outfits that could still possibly be deemed “clothing.” (Hey, he was barely a teenager at the time, remember. Cut him some slack.)

Ari went to college at the University of Houston. He began in the Psychology program, but quickly changed his major to Creative Writing. It was in the first week of class that he met his wife-to-be, who goes by the name of George. (No, it’s not short for Georgia, Georgette, Georgiana, or anything else that could possibly make sense.) It was also in college that he wrote his first novel, one that he is now determined will never see the light of day, and charitably calls a “learning experience.”

In short, Ari graduated in late ’96, married George in March of 1997, honeymooned in New Orleans, worked several jobs he hated for the next several years, and quit the last of them in 2000 due to ongoing health issues. During this time, he wrote four more novels, two of which are actually pretty decent. It was also during this time that he managed to break into the roleplaying industry, having attracted the attention of Justin Achilli (developer of Vampire: The Masquerade) with a project submission inspired by his trip to New Orleans.

He and George moved to Austin in mid-2001 so George could attend graduate school while Ari continued to work as a freelance writer. They live there today, along with a large orange cat named Leloo and a smaller gray cat named Pippin who seems unable to grasp the notion that strings, ribbons, and plastic bags do not make up a viable part of the food chain. His first published novel, Gehenna: The Final Night, appeared on shelves in January of 2004.

Today, Ari works primarily as both a novelist and a freelancer (mostly for Wizards of the Coast). He has several novels (both tie-in and original) on shelves, with more due for release over the course of the next two years.

No, but really. “Mouseferatu?” What the heck?

The story behind my Internet handle is absolutely chock-full of a complete lack of excitement. Back in the mists of time–that’d be about 1999 or so–I was looking for a handle for the forums belonging to White Wolf, publishers of the Vampire: the Masquerade role-playing game. I settled on “Mouseferatu” as a play on the word nosferatu. Actually, the full handle was “Mouseferatu, Rodent of the Dark.”

From there, I wound up using the same name across other internet forums, and it basically just stuck. And since that’s how I was known by the RPG fanbase even before I began working in RPGs, I kept it as my professional “branding” even after I started writing.

I will continue to add questions here as/when they become “frequently asked.”

Where do I start reading?

I’ve gotten this quite a bit, and it’s true my library is… eclectic.

Hot Lead, Cold Iron is probably a good place to begin. It’s one of my best books, and while it’s the start of a new series, the story is mostly self-contained. You won’t be left with any major cliffhangers.

Maybe you’re in the mood for more traditional fantasy, though, rather than urban/gangland fantasy-noir. In that case, I suggest one of the following:

Thief’s Covenant, if you don’t mind Renaissance rather than Medieval fantasy. (It’s YA, but not really all that different from my non-YA stuff.)

The Goblin Corps, if you want something that looks at epic fantasy from the villains’ point of view. It’s a lot more sarcastic, bloody, and profane than the rest of my stuff.

And then there’s The Conqueror’s Shadow, which is probably the closest, of all my books, to “normal” fantasy.

Goblin is a completely stand-alone book. The other two have sequels, but are written to stand on their own; so again, you won’t be left with major cliffhangers.

Hope that narrows it down for you at least a bit…

Will you be writing any more Corvis Rebaine books?

I have other ideas for Corvis, and I’d like to get to them at some point. At the moment, though, there’s no interest from the publisher and I don’t know if there’s enough of a demand to make it worthwhile for me to write one for self-publishing.

What is the proper order for reading the Corvis Rebaine books?

The Conqueror’s Shadow first, then The Warlord’s Legacy.

Will you be writing a sequel to The Goblin Corps?

At the moment, I have no plans to do so. As you’re doubtless aware if you’ve read it, there’s a very specific feel and mood to that book–not just the events, but the writing itself. I will only ever write another one if I have an idea that really sings, and–this is important–I feel I can recapture enough of that voice/attitude. I’d much rather let that book stand alone than to try to shoehorn in a sequel that didn’t feel like it belonged.

Was The Goblin Corps based on a D&D campaign?

Yes, but perhaps not in the way you’re imagining.

It is never a good idea to try to translate a campaign directly to a written story. There are simply too many things that happen in a game that don’t make for good fiction: character decisions; plot points; the appearance of certain creatures; oh, my God, so many fights; and lots more. Even the pacing’s different. If you try to directly novelize a campaign, you’re going to wind up with a mess.

What I did with The Goblin Corps was to use the campaign as inspiration, but not a complete model. Lots of the plot points and characters were carried over, as was the general flow of the main plot, and even some specific events. That said, lots was also left out. Basically, they shared an “idea pool,” but branched out from there, as opposed to one being entirely based on the other.

A few–the most important one being Crâeosh–were created specifically for the book. (I needed a main character who would be entirely my own voice, as opposed to based, however roughly, on someone else’s.)

(The following question and answer contain spoilers for The Goblin Corps; highlight with your mouse to read them.)

Why did you just abruptly kill Crâeosh “off-screen” between the final chapter and the epilogue?

Well, after their interaction throughout the book, it was very clear that something had to eventually happen with Katim and Crâeosh. Especially once she thought the Charnel King was dead, there was no way Katim was going to hold off much longer on her efforts to claim him for the afterlife. One of them had to be gone by the epilogue.

That said, the flow of the story really worked so much better with the final chapter ending where it did. Cramming in an extra scene after they discovered the ruins of the Iron Keep, just for the sake of showing one killing the other? It didn’t work. It threw the narrative off something fierce.

Thus, the choice I made.

(I must admit I also had a secondary motivation. By not showing Crâeosh’s death, and having it occur in such a way that no body was recovered, I leave myself the option of using him again in the future, if I wish to.

What is the proper order for reading the Widdershins series?

Do you plan to write a sequel for [Agents of Artifice/The Abomination Vault/In Thunder Forged]?

As of this moment, I’ve no plans to do so. If one of the relevant publishers should approach me to do one, it will of course depend on my situation and schedule at the time.

What is the airspeed velocity of an unladen swallow? 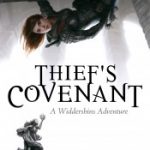 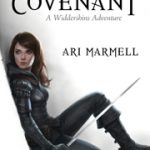 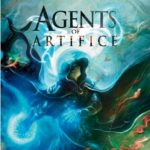 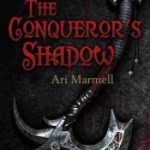 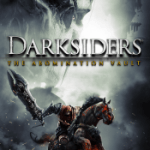 While the original version of this book is long out of print, it's available used, but also as both a ...
Read More 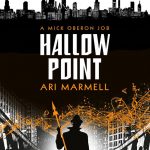 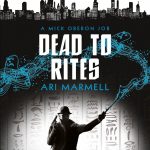 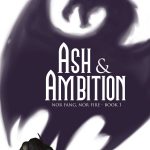 Notes: Black Crusade was originally written to be one of the first of the Ravenloft: Dominion line of novels from ...
Read More 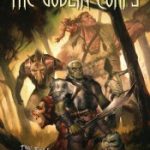 Cover art by Jon Sullivan. Notes: This was meant to be the first of a new line of Iron Kingdoms novels ...
Read More