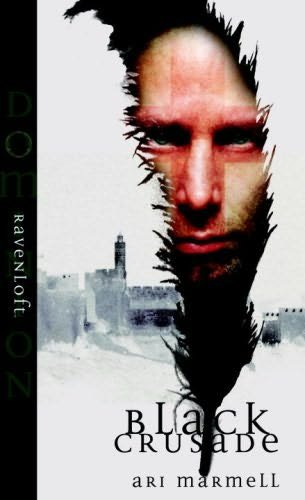 Notes: Black Crusade was originally written to be one of the first of the Ravenloft: Dominion line of novels from Wizards of the Coast. “Ravenloft” is the name of a gothic horror/fantasy setting. Although Ravenloft was created for the Dungeons and Dragons game, the Dominion line was meant to give it a new flavor–specifically, rather than drawing characters and domains from various D&D worlds, it would draw them from various periods of real-world history. In the case of Black Crusade, that period was the First Crusade.

Alas, Black Crusade was pushed back on the schedule for marketing reasons, and thus became a victim when the line was canceled. The novel was done, however, and Wizards decided to make it available in electronic format. It was initially released chapter-by-chapter as a weekly serial, but it’s now available in completed form. While I’m disappointed that it won’t see print, I’m delighted that you folks are able to see it in some form.

The book is, perhaps, a tad more raw than I’d like. I’ve learned a lot in writing my subsequent novels, and I’d probably do things a little differently on Black Crusade (including changing the title) if I had to go back and do it again. But I’m still quite proud of it, overall, and I hope you all enjoy reading it.

(Available in electronic format only.)

“Pyre” was published online as part of WotC’s Digital Initiatve.

“Best Served Cold” is now available in its entirety on the Paizo web site, as part of their Pathfinder Tales line. It’s set in Golarion, the setting of the Pathfinder RPG, but I think you should pretty easily grok most of it even if you’re not familiar with that world.

“Hell or High Water” is now available in its entirety on the Paizo web site, as part of their Pathfinder Tales line. It’s set in Golarion, the setting of the Pathfinder RPG, but I think you should pretty easily grok most of it even if you’re not familiar with that world. 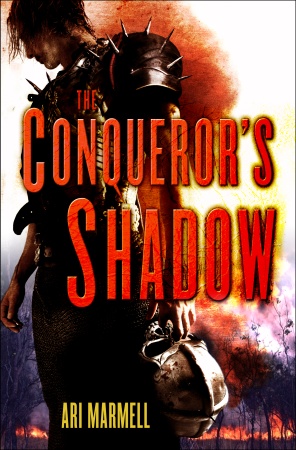 The Ogre’s Pride was published in Spectra Pulse, the e-newsletter for Random House’s Spectra imprint.

Credits: Sole authorNotes: This story was written as a tie-in to my novel The Conqueror’s Shadow. However, you needn’t have read one to enjoy the other.

The story is no longer available from the Pulse website–it is, after all, a monthly e-zine, and April is over–but I’ve made the story available here. (The link takes you directly to the PDF.) Although it says “Continued from Spectra Pulse” in the document, don’t worry; what’s in the document is the entirety of the story.

Can't be here as long as this place is run by a conspiracy-minded liar willing to incite violence. Please come find me at https://t.co/U8eCAvNhAH

One of my last notices: I'll be shifting away from Twitter and locking down this account soon. I'd love to see you at https://mastodon.xyz/@Mouseferatu, or over on FB.