So, been a while without much news. Let’s see…

The Tomb of Horrors 4e is out, in at least some locations, and should be more or less everywhere next week. This mega-adventure can be played without any knowledge of the prior adventures, but for those who are familiar with them, it serves as something of a sequel to both the 1st edition original Tomb and 2nd edition’s Return to the Tomb of Horrors. It’s heavily inspired by both, involves some familiar locations, and is absolutely full of new encounters–some combat, yes, but also traps, challenges, and puzzles in the vein of Acererak’s old tricks. If you’re a 4E player, pick it up; I really don’t think you’ll be disappointed.

I’m afraid that I will not be attending GenCon this year–for the first time since before it moved to Indy. 🙁 I’m sorry I’ll be missing everyone. I still might be doing DragonCon; dunno yet. More on that soon.

And I think that’s about it right now, news-wise. Again, I’m hoping to have more shortly, but, well, not yet.

You can find it by clicking here. I won’t necessarily be posting a news entry each and every time I put up […]

It’s that time again. So here’s my ArmadilloCon schedule for this weekend: FRIDAY Nothing scheduled, but I’ll be around. SATURDAY 12:00 pm–Signing, Dealers […] 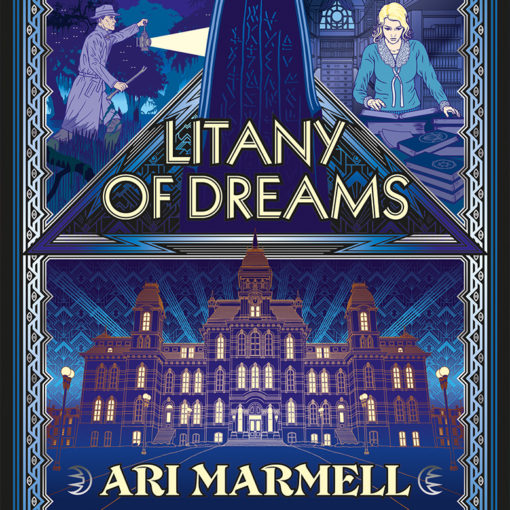 Hey, folks. Welcome to "Crossing the Streams 2014," a flippin’ huge, multi-author book giveaway! Some of you are familiar with this concept, as we’ve […]

Well, after seeing excerpts from that interview, I understand why Joss Whedon's shows always had such a recognizable look to them.

He works almost exclusively by gaslight.